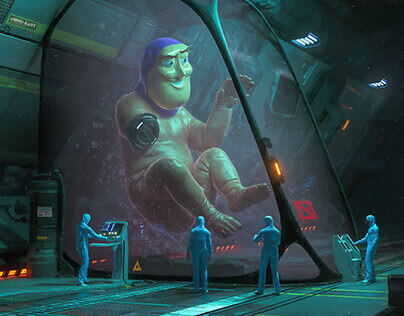 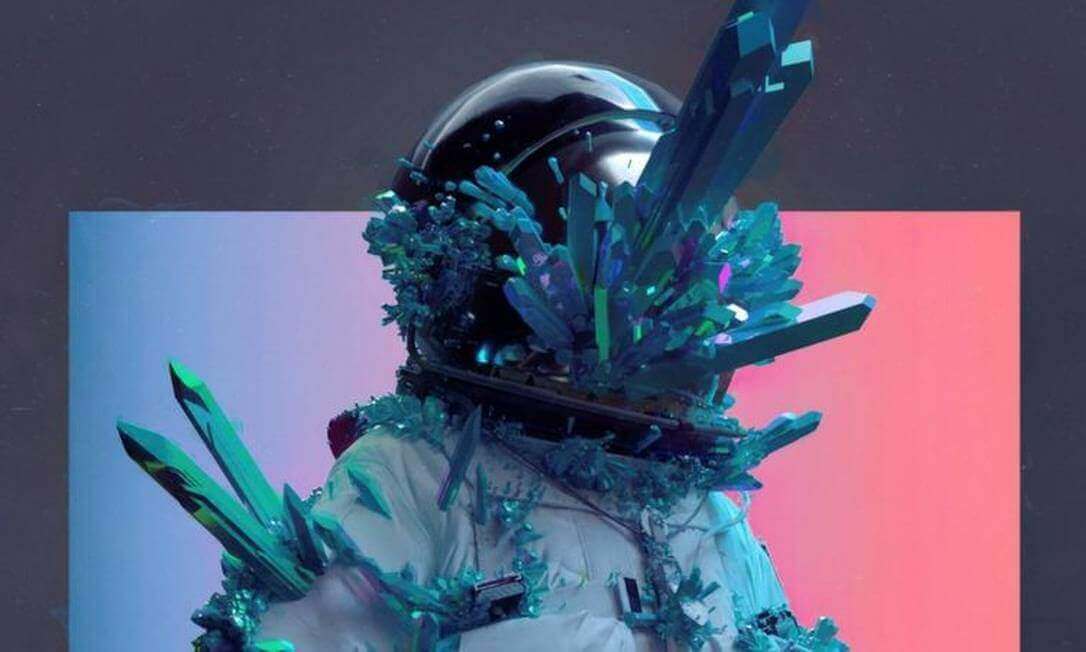 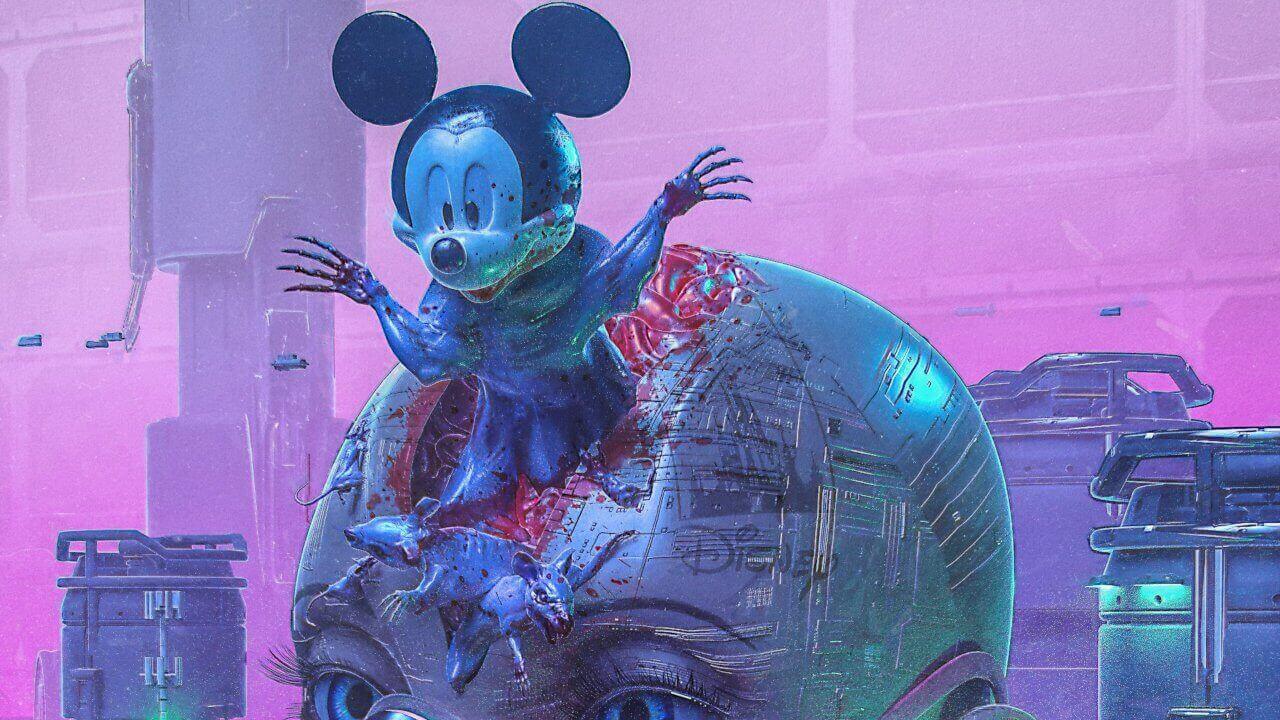 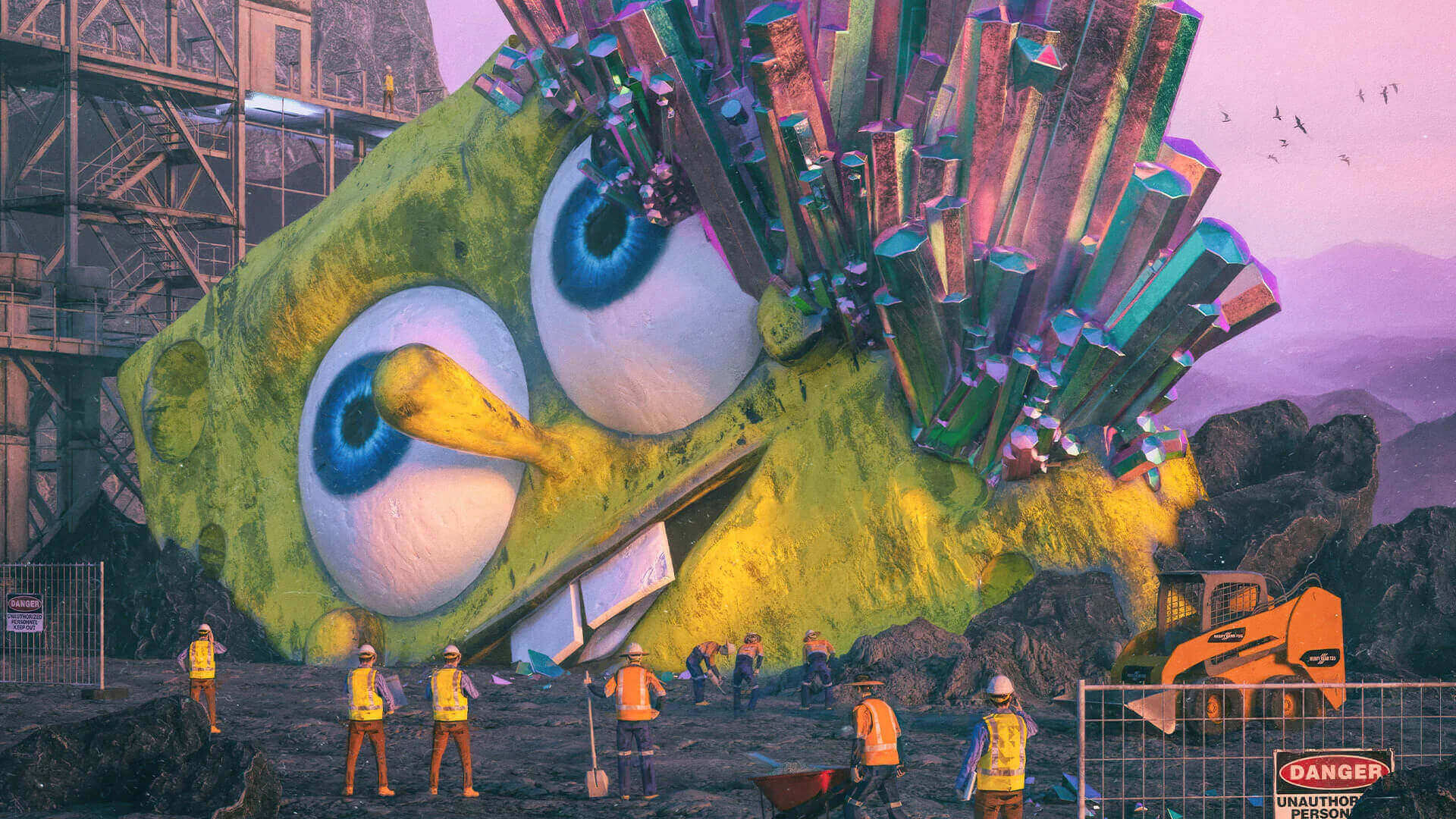 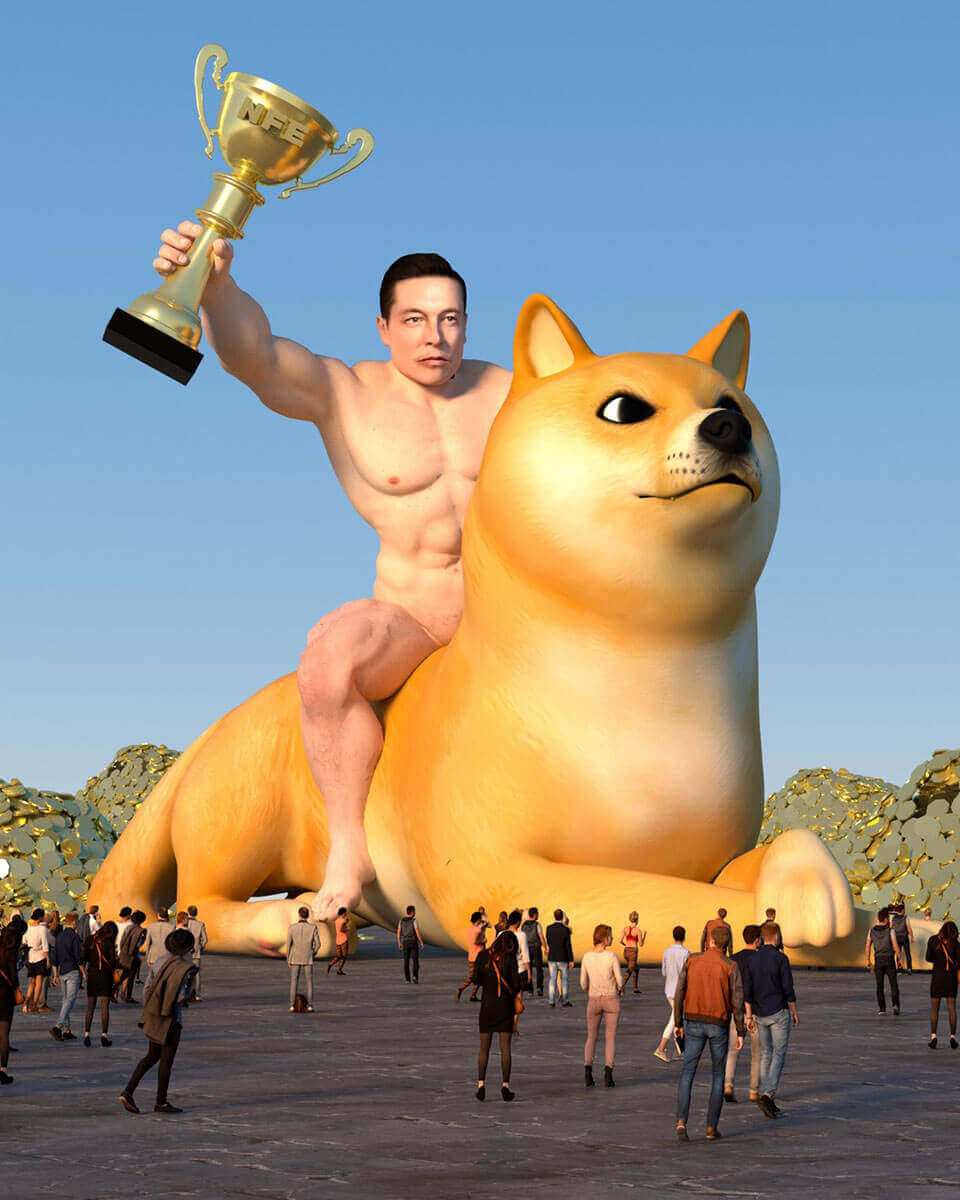 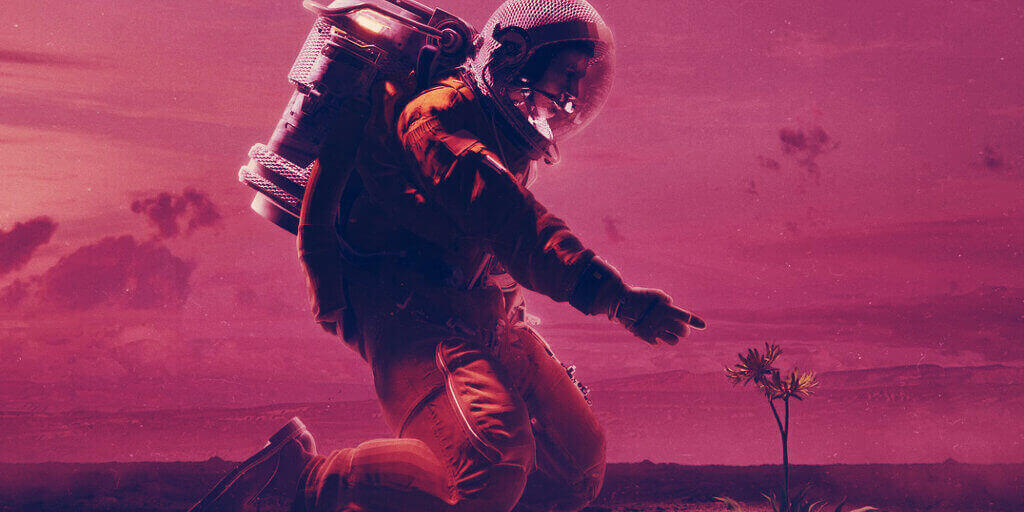 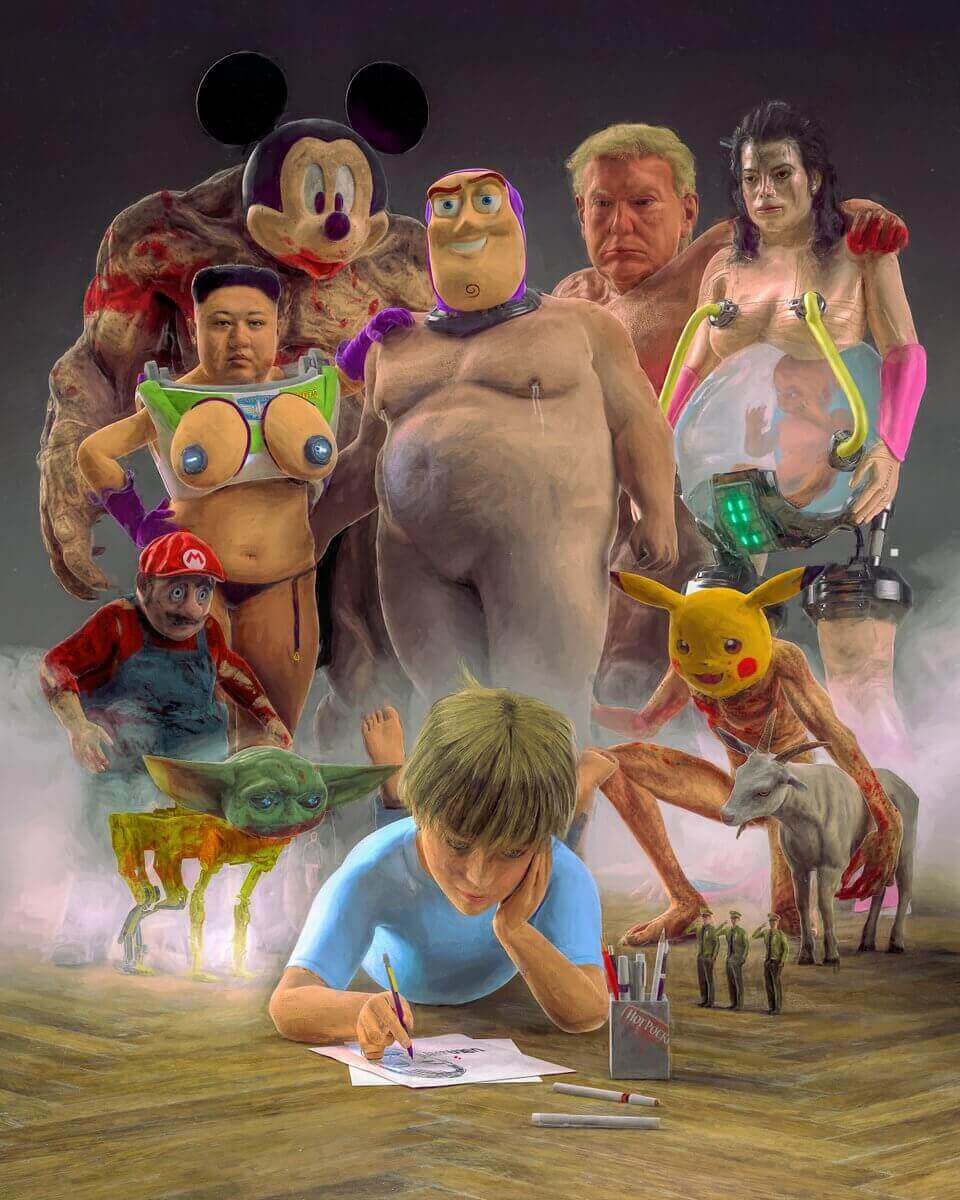 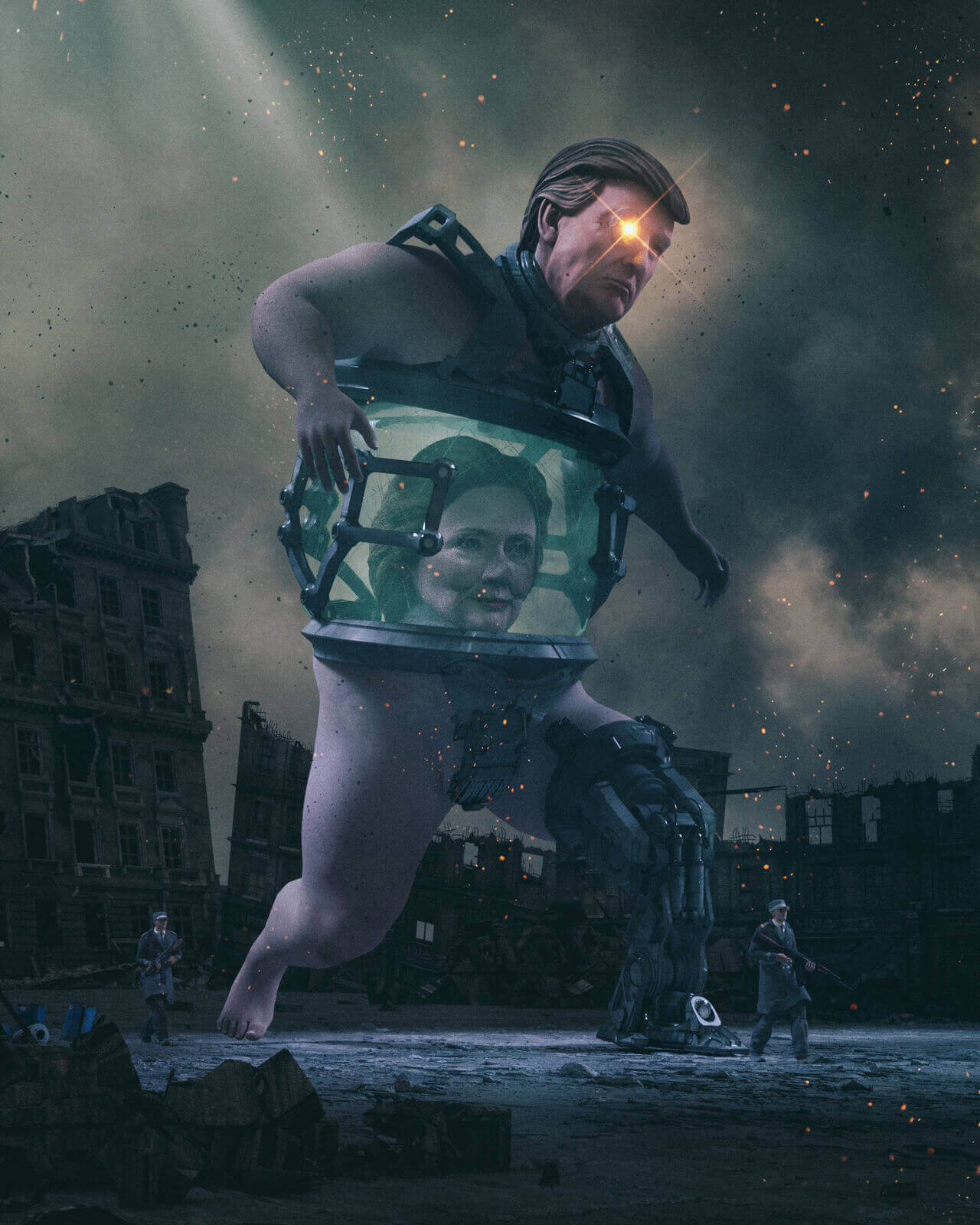 If you spend more than a few minutes researching NFTs, you'll start seeing the name of one of the most famous NFT artists; Beeple.

But who is this Beeple artist, and why do people rave about his work in the NFT industry? And why were some of his works recently auctioned off for nearly $70 million?

To understand, you have to rewind. Long before NFTs hit the internet, Beeple has been doing graphic design for big-name companies and artists like Justin Bieber, Katy Perry, Apple, Nike, and many others.

So who is Beeple, exactly, how did he get started as an artist, and what's behind all of his famous, insanely valuable artwork? Read on below to find out now.

The Most Expensive NFTs Ever Sold

Beeple has four different works in the top 10. His most famous NFT is Everydays – The First 5000 Days. It was recently auctioned off at Christie's for a grand total of $69 million, making it the second most expensive NFT to date.

NFTs aside, this piece is the fourth most expensive artwork by a living artist.

Some of the biggest NFT projects on the internet are created by teams of people, such as Larva Labs, the team behind CryptoPunks. What's fascinating is that Beeple is an individual artist creating real artwork.

No collections with 10,000 variable NFTs. No algorithms creating NFTs on his behalf. Beeple NFTs are true pieces of artwork. He just so happens to be a digital artist, making the transition into NFTs seamless.

So who is Beeple? His real name is Mike Winkelmann. He's a graphic designer who was born in Wisconsin in 1981. He currently resides in South Carolina. And he boasts an extremely impressive resume.

He focuses on digital art, graphic design, and animation, with an affinity for phantasmagoria, which is a fancy word for horror, fantasy, and in general bizarre artwork. They often showcase a dystopian future.

His themes generally contain social and political commentary, weaving in elements of pop culture as well. More often than not, the theme is immediately noticeable.

He is most known for his "everyday" work. For the past 14 years, Beeple has created new artwork from scratch and shared it online. He has yet to miss a day since he started.

Along with being a famous graphic designer, and NFT superstar, Beeple is the father of two children, the husband of a schoolteacher, and the driver of Toyota Corrolla.

The Early Days of Beeple

Beeple grew up in a small town in rural Wisconsin. He graduated from Purdue University in Indiana with a degree in computer science. Not exactly the artistic background you'd expect from a millionaire digital artist.

He started his career designing websites before experimenting with art. After hearing about an artist in the UK who was publishing a unique piece of art every day, Beeple decided to give that a try. But to satisfy his own itch, he would use a different design program and art style each year.

What began in 2007 is still going strong, without a day missed, even for the birth of his two children.

Beeple has created thousands of individual works of art over the course of his "Everydays" project. His work has been seen at Superbowl Halftime shows, as well as on some of the biggest concert stages, behind musical sensations like Justin Bieber.

He was eventually contacted by the folks over at Louis Vuitton, to have his work displayed on models during a fashion show at the Louvre. His work would then be published at Louis Vuitton boutiques across the globe.

His list of impressive clients doesn't end there. Companies like Samsung, Coca-Cola, Adobe, Pepsi, Sony, NBC, and many other notable corporations have enlisted the help of Beeple with various campaigns.

And the list of artists who have approached Beeple isn't limited to Justin Bieber, either. Imagine Dragons, One Direction, Eminem, DEADMAU5, Janet Jackson, and many others have collaborated with the artist as well.

Beeple has made an impact in the global art scene long before he ever launched an NFT. In fact, he wasn't exposed to NFTs until 2019, two years after the first major project, CryptoPunks, went live.

His first NFT project was sold in February 2020, at an auction hosted by ETH Denver. Later, in November 2020, more pieces were sold on the Nifty Gateway NFT platform.

Crossroad, sold during the November 2020 event, was a unique animation. Depending on the results of the 2020 presidential election, it would change into one of two different animations.

But March 11, 2021, was Beeple's big day. This is when he auctioned off the aforementioned Everydays – The First 5000 Days. This is a collection of his first 5,000 pieces of art from his "Everydays" project.

Beeple ended 2021 with a bang. His latest NFT project was sold on November 9, again at Christie's.

Human One is a dynamic NFT based on a kinetic video sculpture. It blends physical and digital art together.

At the time of the sale, it showcased an astronaut walking across varying landscapes. But Beeple retains the ability to change the artwork remotely at any time in the future.

The work is considered perpetually unfinished, making it both exciting and slightly terrifying for the owner.